This series boiler uses the general combustion techniques. The coal was feed by workers manually. After burning in the fire grate,

2. There is a bundle of spiral gas tube in the boiler drum.

3. And the furnace of the boiler has water wall tubes at the both side. The fire grate is light weight and blocky.

5. Fuel fell on grate was burned, the flame through the combustion chamber,the economizer and was drew forth by induced draft fan and into the atmosphere.

vertical steam boiler is the new energy saving product which designed by our company. It is equipped with the device of secondary air, so it is environmental and energy saving. According to the burning mechanism of coal, we adopt a variety of advanced technical measures, firstly, we set combustion zone in the grate surface to vaulted horizontal pipe, not set of heating area, then reduce the water cooling degrees, increase the temperature of ignition zone, which can make the fuel burn fully. Secondly, we set the device of secondary air, which add the oxygen in the burning area, this make the residence time of carbon particles carried in smoke extended greatly, so the coal can get sufficient burning, reduce the heat loss of incomplete combustion and the dust concentration and the blackness of the smoke, so it is environmental. 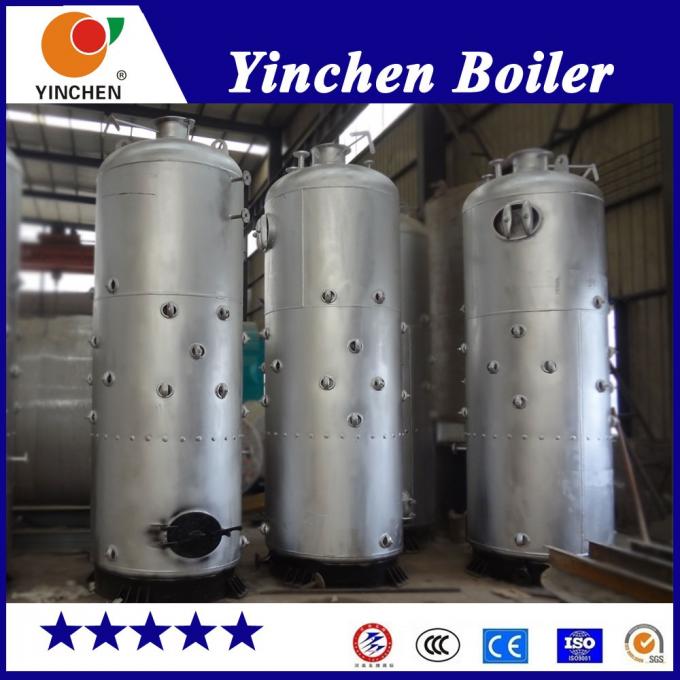 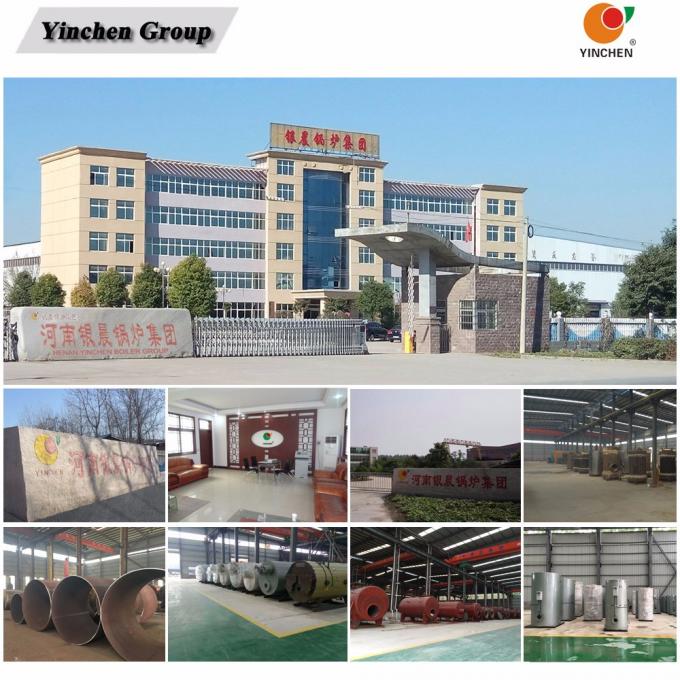 Henan Yinchen Boiler Group Co.,LTD. was founded at the beginning of 2001, which has a registered captical of 51.66 million. Its headquarters is in the industrial district in Fucaolou town, Taikang county of Henan province. The production factory is adjacent to Yong Deng high-speed,and the 311 national road is also through this district,so it has very convenient transportation conditions.Besides, it is one of the key leading enterprises which firstly get the National Boiler Manufacturing license. With the manufacturing license qualification of "B" class boiler and "D2"class pressure vessel, it is director of China Industrial Boiler Association, member unit of China Welding Association and the enterprise of emphasizing the contract and credit in Henan province. The products have already passed ISO9001-2000 international quality system certification.

with advanced manufacturing technology, strict quality detection, good technical guidance and comprehensive quality assurance system,and perfect after-sale service Yinchen makes the products all over at home and abroad, which are exported to the countries and regions of middle-south Asia and southeast Asia such as Russia, Mongolia, Korea, Vietnam, Myanmar and so on.

Want to know more about us ？ Just contact us